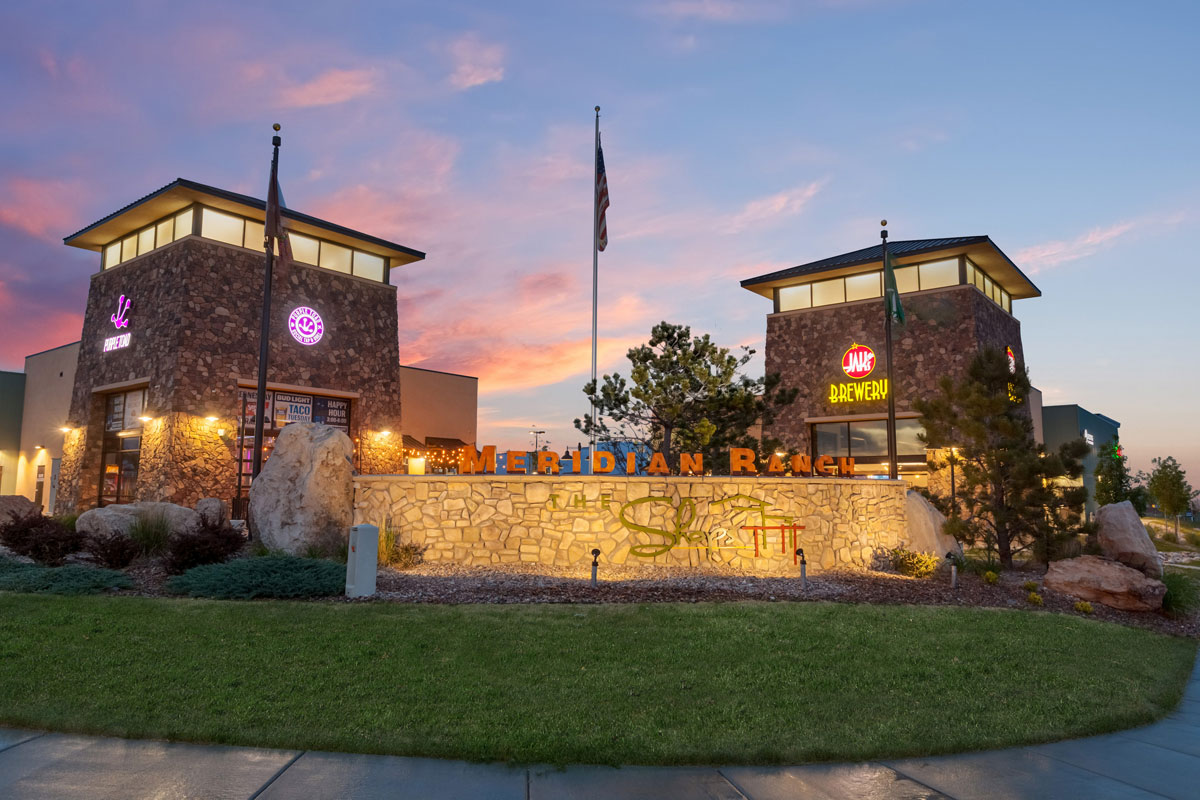 Falcon has recently enjoyed a retail boom, and it hasn’t gone unnoticed.  The Colorado Springs Gazette recently published the article below.  To view the article on the Gazette’s website, click here.

David Largent used to roar around on his dirt bike on empty land where the Falcon Walmart is now. He has watched as prairie has given way to concrete pads, as homes have sprouted on former farmland and shops and businesses have followed.

Now he’s looking forward to being part of that retail boom.

A longtime employee of Big O Tires, he’s planning to open a Big O franchise in Falcon with his partner, Dustin Roberts. Work began this summer on the site at U.S. 24 and Meridian Road, and Largent anticipates a February opening for the tire and auto-repair business.

“It’s come a long ways,” he said of the Falcon area, “and we’re excited to be part of the growth.”

Retail follows rooftops, as the saying goes, and the unincorporated area northeast of Colorado Springs is evidence of that. Thousands of homes have been built since development of Woodmen Hills, Meridian Ranch and other neighborhoods took off in the 1990s and early 2000s. And national retailers took note.

The Walmart Supercenter opened in 2007. A key catalyst came earlier, with the opening of the Safeway-anchored Falcon Town Center in 2000, followed by Walgreens a few years later. Falcon’s first chain fast-food restaurant, a combined KFC-A&W Root Beer, opened in late 2002; now Falcon is home to McDonald’s, Sonic and more.

The next big development looks to be Falcon Marketplace at the northwest corner of Meridian and Woodmen Road, a project that had been stalled by access issues.

“Proposed tenants” for Falcon Marketplace include King Soopers Marketplace, Panda Express, Starbucks and others. Development hit a snag when El Paso County commissioners in late 2016 rejected plans for a right turn-in access point off westbound Woodmen Road — an access point that Dallas-based Hummel Investments, owner of the property, said was essential to keep King Soopers on board. In May, though, county commissioners approved a modified plan for a right-in driveway. This month, the project passed a hurdle with the El Paso County Planning Commission and, according to the project’s website, work on the site is likely to begin in early November.

In the meantime, “we kind of had to disengage with the King Soopers folks for quite a while because we couldn’t evidence the driveway permit,” said Ben Hummel, owner of Hummel Investments. After the commissioners’ action in May, Hummel re-engaged with King Soopers “and they’re going through their different channels to get the deal approved.” Other potential tenants, he said, are waiting to make sure King Soopers is secured.

The board of directors of the Woodmen Hills Metropolitan District wrote a letter to county commissioners in January in support of the development, citing in part the jobs it would bring.

“New jobs are always a benefit, but they would be especially beneficial here in Falcon, a residential area where so many people commute to Colorado Springs or elsewhere in the region for work,” the letter stated.

The letter also touted the benefit to consumers and especially embraced the idea of a King Soopers.

“The general consensus in Falcon is that another supermarket would significantly improve our quality of life,” the letter said.

About 2 miles north of the proposed Falcon Marketplace is the Shops at Meridian Ranch, a new retail center whose tenants include Nana’s Kitchen, the Purple Toad, Meridian Ranch Liquor, Just for Grins Dental and others. Olive Real Estate Group is now handling leasing for the second phase of the project. Final approvals are being awaited, but construction of the first building in phase two could begin fairly soon, said Jim Justus, president of Olive Real Estate Group.

Current tenants, he said, all seem happy and busy. “There are times during the day,” he said, “when you’re out here that you can’t find a parking place in the parking lot.”

JAKs Brewing moved to the Shops at Meridian Ranch in early 2017 after opening two years earlier across from Falcon Town Center.

Antonio Lee, co-founder of JAKs, lives in Falcon, as do his two fellow founders.

He cites a passion for suds and community in starting the business.

“We all live out here,” he said. “We saw a need. We love beer, we like to brew beer and we love our community. So it’s something we really wanted to do.”

A need for more space, meanwhile, was the impetus for the move to the Shops at Meridian Ranch, Lee said.

“That was the biggest complaint when people would come in is they wouldn’t have enough space — no place to sit or even stand. … Falcon is growing, so we wanted to grow with it.”

With that growth, Falcon has been “a very vibrant market,” Justus said. “There is very little retail space available in any of the centers.”

That was the case when Jeremy Kniffen and his wife, Beth, opened their Liberty Tax franchise in Falcon Town Center three years ago.

“That was the biggest struggle we found,” he said. “We were fairly limited on where we could find a spot just because there wasn’t anything out there.”

Business is going well, says Kniffen, who also is chairman of the board of the Eastern Plains Chamber of Commerce. “The growth has been very helpful,” he said. “There are more and more people, and everybody has to do taxes.”

He sees evidence of that growth every day as a resident of Meridian Ranch. “They’re building things very quickly out here still,” he said.

As retail development continues in Falcon, Kniffen would like to see a home-improvement or hardware store in the mix. Plans for a Lowe’s Home Improvement Warehouse in Falcon fell through several years ago.

“The only other thing would be some sort of entertainment, whether that’s a movie theater or some kind of family entertainment,” Kniffen said. Other than trips to Home Depot or Sam’s Club, he said, “the only reason we ever go into Colorado Springs is to go see movies.”

Eastern Plains Chamber of Commerce President Dave Ahrens, who lives farther east, in Calhan, also is a proponent of a home-improvement store in Falcon, along with a coffee shop.

“We don’t have any coffee shops in town where you can meet and greet people,” he said. “There’s no place for business owners to gather. We struggle with finding venues to have our business after-hour events.”

Largent, who is bringing the Big O Tires store to Falcon, said he would like to see a Dunkin’ Donuts in town. And Lee, of JAKs, would welcome more restaurants. “The more restaurants that come here, the better,” he said.

He’d also like to see at least one addition to Falcon’s fast-food scene.

“A Taco Bell would be wonderful,” he said.